The FEBS | EMBO Women in Science Award is a joint initiative of FEBS and EMBO. Launched in 2007, the aim of the award is to highlight the major contributions made by female scientists to life sciences research. Winners of the award will serve as inspiring role models for future generations of women in science.

Each year an individual woman working in the life sciences will be recognized for her exceptional achievements. The winner will be honoured at the annual FEBS Congress, where she will receive a prize of €10,000 and a statuette*, and present a special plenary lecture.

The nominee must be a woman who has made significant contributions to her field of science in the past 5 years. The award is generally not meant to be for lifetime achievements. The nominee’s research must be based in one of the FEBS or EMBO member countries and in a scientific field covered by FEBS and EMBO, i.e. the life sciences, including medical and agricultural research.

Nominations for the 2023 FEBS | EMBO Women in Science Award

An award committee will evaluate the nominees and make the selection. The official announcement will be made via a press release prior to the FEBS Congress. 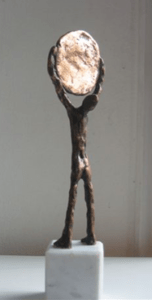 The awardee is expected to receive the award in person at the FEBS Congress; exceptions can be made only under special circumstances, such as ill health. The recipient of the award is expected to give a plenary lecture at the FEBS Congress. During the award ceremony she will receive a cheque of €10,000 and a commemorative statuette. The awardee’s travel and accommodation will be covered.

For further information from FEBS concerning the FEBS | EMBO Women In Science Award and/or the nomination process, please contact the FEBS Women in Science Working Group Chair via the Contact section of the website.