STAY UPDATED WITH THE FEBS NEWSLETTER 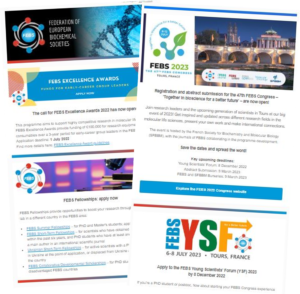 Sign up to receive occasional email newsletters from FEBS. These provide updates on various FEBS programmes and opportunities, including upcoming FEBS events (such as the FEBS Congress and FEBS Advanced Courses), calls for applications for FEBS Fellowships and other funding schemes, and FEBS journal news.

Currently approximately six newsletters are sent each year. You can unsubscribe at any time.