Professor Horst Feldmann was Chair of the FEBS Advanced Courses Committee 1987–1995 and a FEBS Letters Editorial Board member, and he played an important role in capturing the early history of FEBS by compiling the book Forty years of FEBS, 1964 to 2003. A Memoir (later extended for the 50th anniversary of FEBS – see below). He wrote of his affection for FEBS in the book’s epilogue, dated 2003:

“I hope that the book will fulfil three requirements: preserve a number of documents, save useful data, and – last but not least – demonstrate the enormous development FEBS has taken since its inception in 1964. For me, personally, the years in FEBS have been a most enjoyable time, which I never wanted to have been without. It gave me the privilege of meeting and working with so many colleagues, whose friendship I shall always value highly. May FEBS grow and flourish through this ‘new’ century!”

I met Horst for the first time in Cologne where he was working in the laboratory of Professor Hans Zachau. At the same time at the CNRS (Centre National de la Recherche Scientifique) in Strasbourg (France), Professor Ebel and I had decided to start studying RNAs and I was responsible for isolating and sequencing specific tRNAs. However, the laboratory of Hans Zachau was well in advance in the field as Horst had isolated yeast tRNASer by counter-current distribution (CCD) and was sequencing it. I had to decide what kind of CCD machine should be purchased. In order to compare the three machines that were on the market, I went to London, New York and Cologne where they were already functioning. Horst showed me the machine they had in the lab and explained to me how he was sequencing the tRNA. But his strategy was not appropriate, the tRNA he had isolated being in fact a mixture of 2 isoacceptors. This delayed him and it was eventually Holley at Cornell University (Ithaca, NY) who sequenced the tRNAAla, the first RNA ever sequenced, and who got the Nobel Prize. Horst had been very close to this prestigious recognition.

In the following years, I often met Horst at tRNA or FEBS meetings. He had followed Zachau to Munich where he became a professor. Horst had a clear and very didactic mind and was gifted at teaching. He was attracted very early by the activities of FEBS devoted to young students and postdocs, particularly the Spetses Summer Schools that have been financially supported by FEBS since 1981. His organizing abilities were recognized by FEBS, and he was elected to the Advanced Course Committee, which he chaired from 1987 to 1995. Later on, he devoted his research to yeast genomics. He was the coordinator of the yeast chromosome 2 sequencing project. He also contributed to studying the proteasome complex and the retrotransposon set in the Hemisascomycetes yeast group, and published a comprehensive book called Yeast.

He was also very interested in FEBS history and published in 2003 the book Forty years of FEBS, 1964 to 2003. A Memoir. In 2013, we published together an extended 525-page e-book Fifty Years of FEBS, a Memoir 1964 to 2013 (available from the FEBS website here). Horst was an artist and the layout he did is particularly attractive. He had kept many documents and photos of most of the FEBS meetings and congresses he attended, which illustrate these books. When we wrote this book, he came to Strasbourg for several days and we had the opportunity to collaborate in a very friendly way.

Horst will remain in our memories as a very gifted researcher, enthusiastic for science, open to the world and devoted to helping young scientists to find their way in the biochemical world. 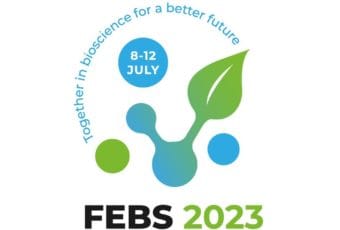 Plan your participation in the 47th FEBS Congress 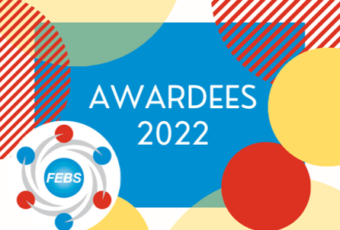